Want to get onto the professional speaker’s circuit?

There may be affiliate links in this post which means we may receive a commission if you purchase something through a link. Please know that I only recommend products that I have used, trust and love

We asked Jonathan Curran, Founder of Promotivate Speakers Agency, to give us some insight into the world of people who have become professional speakers.

Maybe you aspire to be like Tony Robbin’s who is regarded by many as the world’s leading public speaker? Robbin’s has millions of adoring fans who pay to listen to his every word (he even gets people to walk barefoot across hot coals). He can earn more for a few hours work than most people earn in a year.

Speaking can be highly lucrative – and not just for men. Hillary Clinton the former US Secretary of State and frontrunner to be the next President of the United States recently appeared in the press for receiving a keynote speaking fee of $275,000 at the University of Buffalo. In Clinton’s case, this is a standard speaking fee for a maximum of 90 minutes of her time on site.

Ok so Clinton is exceptional, not least because she could become the first female President of the US.

Speaking does appear to be a male-dominated world, especially if you look at the names of our famous motivational speakers across Europe and the UK.

But when we look at the membership of, for example, the National Speakers Association (USA) its male to female ratio is almost 50/50.

The majority of female speakers are better represented in the mid-to-entry levels and dominate in sectors like fashion and retail. Sectors like manufacturing and technology are where men still seem to rule the roost…

We also see that many organizations want to be perceived as ‘encouraging diversity’ and this represents a great opportunity for female speakers (which was not the case 10 – 15 years ago).

I believe there are plenty (and at least equal) opportunities for women getting onto the speaker circuit.

In our market, there are 3 ways in which anyone can become a motivational speaker:

So what is exceptional?

You might be a very successful entrepreneur, or develop a cure for a disease, overcome paralysis, speak out against oppression by governments or develop a product or service like the worldwide web.

The list is endless. In order to be exceptional, it usually means achieving something that others would find difficult to do themselves.

But as we know, humans usually only achieve great things when they take a degree of risk – So being exceptional is difficult!

For potential speakers looking for training, a good option is to attend local Toastmasters events – anyone can sign up and it’s a safe environment where you learn and practise speaking and achieve certification. In London and its environs, there are numerous groups that can help you practise your speaking; you could also try a fantastic organisation like Pitch Perfect.

Sometimes a speaking career comes from having experienced a traumatic event, or someone will decide to speak up in order to help others who have experienced something similar.

Former Israeli Miss World Linor Abargil is a good example of this – she has just hit the world with the launch on Netflix of a powerful documentary called ‘Brave Miss World’ detailing what she faced as an 18-year-old woman.

In short Abargil was violently raped in Milan six weeks prior to winning Miss World in 1998.

Her rapist was convicted but Abargil spent the next 10 years in shock, before realising that by speaking out she would empower other women around the world to do the same.

For the past five years Abargil has been travelling the world speaking to victims of rape and domestic violence, often in the poorest regions of the world, to encourage women and young girls not be afraid; to come forward and speak out.

She has developed a global following and as a public figurehead has led high-profile celebrities to come forward and surprise the world with similar stories.

Other women have found themselves thrust into the speaking world after speaking out about a political topic, or standing for a particular issue. You may have already seen Yulia, in the example here…

Yulia Marushevska is a young Ukrainian student who has stood up for the plight of the people of Ukraine.

She was and remains a student at the University in Kiev.

In February this year a video of her appeared on YouTube asking for the world to take notice and help the people of Ukraine with their democratic rights.

Marushevka’s video went viral and has been watched by almost 8.3m viewers. Wikipedia’s #DidYouKnow puts Yulia’s ‘I am a Ukrainian’ as the YouTube video that has created the greatest impact in 2014. Marushevka wasn’t a public speaker beforehand but since February she has met with Presidents, spoken and addressed major international conferences and appeared on 35 major TV networks worldwide.

Acclaimed Hollywood director Ben Moses (Good Morning Vietnam) is currently following Yulia and is making a documentary about her – titled ‘I am A Ukrainian’ and poses the question – “Will Yulia’s destiny be changed forever?”

Both Yulia and Linor’s experiences happened at a particular moment in time, but the follow-up work they do relating to these events provides fresh material for future talks. Reinvention and the evolution of a speaker are important if they wish to maintain longevity in a competitive marketplace.

Tips for developing and increasing your demand as a speaker

One of Jonathan’s final points, is the one he is asked most often is,  “How do I get more speaking bookings?’

This concerns every speaker entering this business. To get booked you need experience and confidence – people need to be able to see you on paper in order to make a purchasing decision.

This means getting strong testimonials and a video of ‘you in action’. His advice would be to offer your services for free, or travel expenses only, for up to five jobs in your locality.

Your local chamber of commerce, business networking groups and schools are ideal places to start with. Build up some demonstrable experience and you’ll be well on your way to becoming a professional speaker. 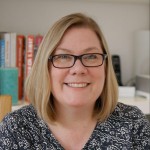 Julie is the founder of The School of Marketing and a digital marketing and digital leadership facilitator and trainer.

Hey there, I’m Julie.  I’m the founder of The School of Marketing where we help small business owners with their marketing. I also have my own site at Julie Hall Online, where I help experts and coaches to grow their business with online courses and products.

Check out our online marketing and online business courses and trainings.

Get out of overwhelm and build a successful sustainable online business.

A useful guide to take you through the process of creating and developing your social media plan for the next 30 days.

END_OF_DOCUMENT_TOKEN_TO_BE_REPLACED

How to Start & Write the Perfect Small Business Blog

Your business and your...

END_OF_DOCUMENT_TOKEN_TO_BE_REPLACED

How to create a failsafe social media plan

There is a lot of competition out there to get seen on social media. To get noticed you want to create a social media plan that is going to keep you in front of your audience.